Earlier this month, news broke that authorities had seized the Dark Web marketplace AlphaBay, an online black market that peddled everything from heroin to stolen identity and credit card data. But it wasn’t until today, when the U.S. Justice Department held a press conference to detail the AlphaBay takedown that the other shoe dropped: Police in The Netherlands for the past month have been operating Hansa Market, a competing Dark Web bazaar that enjoyed a massive influx of new customers immediately after the AlphaBay takedown. 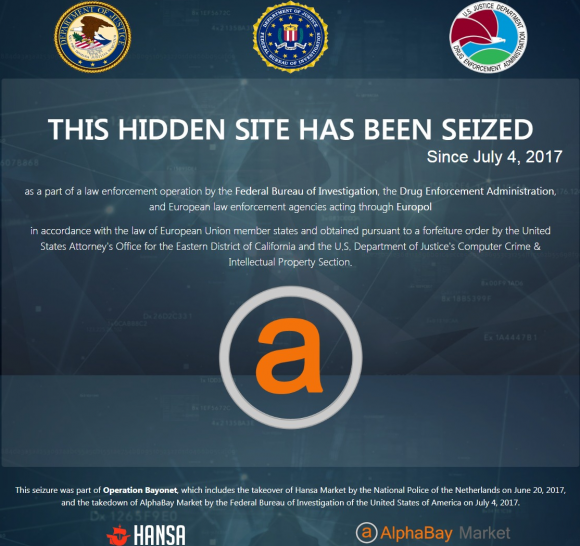 The normal home page for the dark Web market Hansa has been replaced by this message from U.S. law enforcement authorities.

U.S. Attorney General Jeff Sessions called the AlphaBay closure “the largest takedown in world history,” targeting some 40,000 vendors who marketed a quarter-million listings for illegal drugs to more than 200,000 customers.

“By far, most of this activity was in illegal drugs, pouring fuel on the fire of a national drug epidemic,” Sessions said. “As of earlier this year, 122 vendors advertised Fentanyl. 238 advertised heroin. We know of several Americans who were killed by drugs on AlphaBay.”

Andrew McCabe, acting director of the FBI, said AlphaBay was roughly 10 times the size of the Silk Road, a similar dark market that was shuttered in a global law enforcement sting in October 2013.

As impressive as those stats may be, the real coup in this law enforcement operation became evident when Rob Wainwright, director of the European law enforcement organization Europol, detailed how the closure of AlphaBay caused a virtual stampede of former AlphaBay buyers and sellers taking their business to Hansa Market, which had been quietly and completely taken over by Dutch police one month earlier — on June 20.

“What this meant…was that we could identify and disrupt the regular criminal activity that was happening on Hansa Market but also sweep up all of those new users that were displaced from AlphaBay and looking for a new trading plot form for their criminal activities,” Wainwright told the media at today’s press conference, which seemed more interested in asking Attorney General Sessions about a recent verbal thrashing from President Trump.

“In fact, they flocked to Hansa in droves,” Wainwright continued. “We recorded an eight times increase in the number of human users on Hansa immediately following the takedown of AlphaBay. Since the undercover operation to take over Hansa market by the Dutch Police, usernames and passwords of thousands of buyers and sellers of illicit commodities have been identified and are the subject of follow-up investigations by Europol and our partner agencies.”

On July 5, the same day that AlphaBay went offline, authorities in Thailand arrested Alexandre Cazes — a 25-year-old Canadian citizen living in Thailand — on suspicion of being the creator and administrator of AlphaBay. He was charged with racketeering, conspiracy to distribute narcotics, conspiracy to commit identity theft and money laundering, among other alleged crimes. 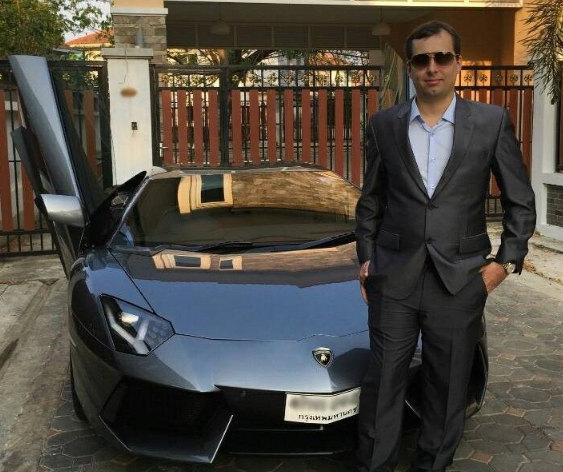 Alexandre Cazes, standing in front of one of four Lamborghini sports cars he owned. Image: Hanke.io.

Law enforcement authorities in the US and abroad also seized millions of dollars worth of Bitcoin and other assets allegedly belonging to Cazes, including four Lamborghini cars and three properties.

However, law enforcement officials never got a chance to extradite Cazes to the United States to face trial. Cazes, who allegedly went by the nicknames “Alpha02” and “Admin,” reportedly committed suicide while still in custody in Thailand.

This story will be updated throughout the day. In the meantime, the Justice Department has released a redacted copy of the indictment against Cazes (PDF), as well as a forfeiture complaint (PDF).