Last Friday, Arm announced the newest generation of its real-time processor series, the Cortex-R82. Most people are more familiar with the Cortex A-series of CPUs, which are used as the primary processors in devices such as smartphones and tablets, running full-fledged operating systems. The Cortex-R series, by contrast, is typically used for high-performance applications demanding "real-time" performance—meaning simple, predictable, and extremely low-latency response loops—in much simpler software stacks. 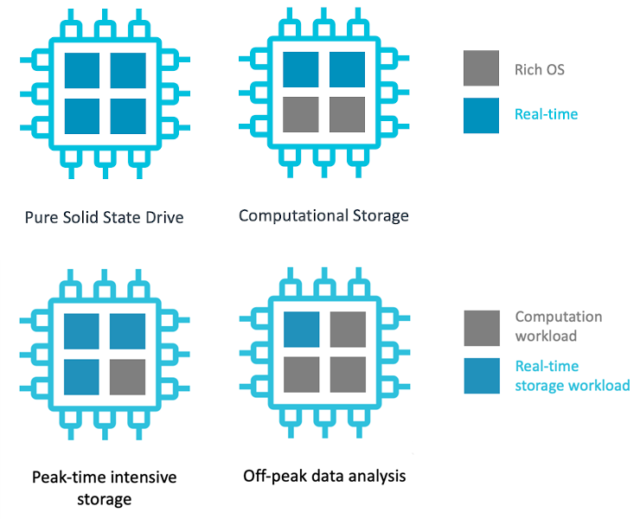 The Cortex-R82's cores can be dynamically assigned to either real-time or applications processing—the same device might have a different profile during the day than it does overnight. (credit: Arm)

The Cortex R-82 still offers a simple MPU, but it can be optionally configured with an MMU as well—and the CPU's cores can be individually, and dynamically, assigned to either. Arm's Neil Werdmuller hypothesizes storage controllers that might operate with different profiles during peak and off-peak hours, reassigning cores from real-time "pure SSD" duties to "computational storage"—likely meaning onboard AI analysis—as needed.