Cloudflare has just turned up two new datacenters (numbers 108 and 109). Both are around halfway between the Tropic of Cancer and the Equator. They are located continents-apart, yet share something very-much in common as both of these new data centers are deployed and associated with where undersea cables reach land. Undersea cables have been and still are a growing part of the interconnected world that the Internet represents.

Curaçao, part of the Netherland Antilles in the Caribbean

Curaçao is located in the Southern Caribbean Sea (just north of Venezuela) and has a strong Dutch heritage. Along with Aruba and Bonaire, Curaçao is part of the Lesser Antilles (they are called the ABC islands).

More importantly, Willemstad - the capital of Curaçao is where the Amsterdam Internet Exchange operates AMS-IX Caribbean. Why AMS-IX? Because of that Dutch relationship!

It’s AMS-IX’s goal (along with its local partners) to promote Curaçao as an interconnection location for the Caribbean. Cloudflare is there with all its services ready for that day!

Djibouti on the horn of Africa

Djibouti is a country of around 850,000 people with ~60% of the population living in the nation's capital, also called Djibouti. The country is about the same size as New Hampshire and its location (on the Horn of Africa) makes it a perfect location to bring ashore undersea fiber-optic cables. 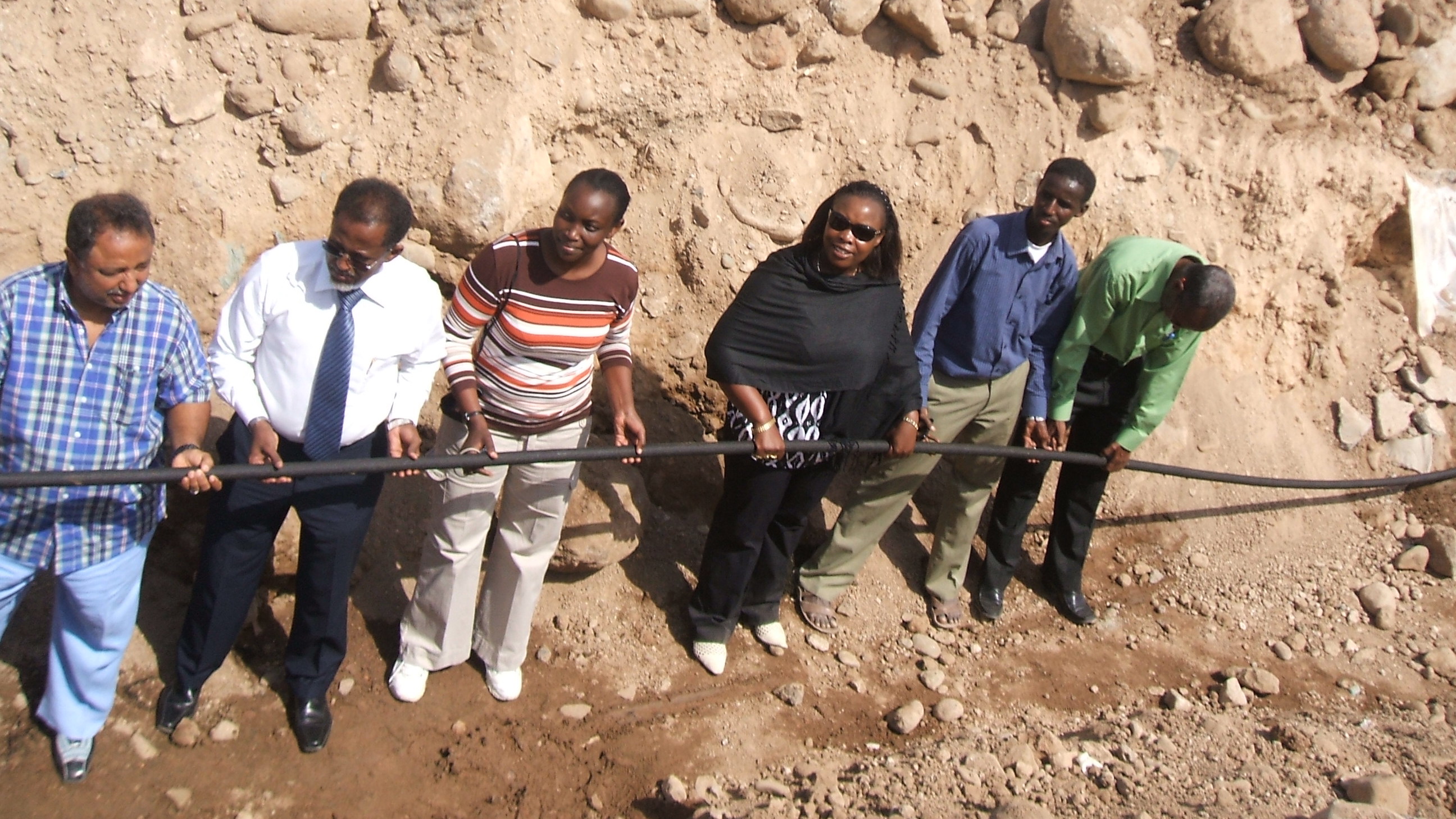 In fact, the number of undersea fiber-optic cables that have become active in the last five years along the coast of Africa is impressive. The African west coast has seen a boom and, the East African coast (where Djibouti is located) has seen even more of a boom with fiber-optic cables radiating outwards towards the Middle East, India, Asia, Southern Africa and Europe from Djibouti. The list of submarine fiber-optic cables that land at Djibouti seems to be increasing year-over-year. Recently the SeaMeWe-5 cable was brought into service. SeaMeWe stands for “South East Asia–Middle East–Western Europe”. It connects Marseille France (via a landing station in Toulon, France) through Egypt, into Djibouti, then across to Sri Lanka and finaly finishing up in Singapore. Interestingly, Cloudflare has data centers in four of those five locations. 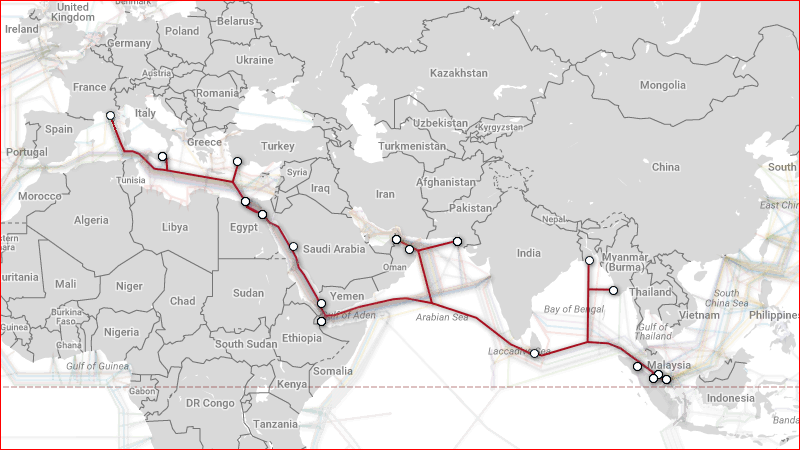 Some of the existing undersea cables connecting Djibouti to the rest of the world include:

Djibouti is also a vital communications gateway for landlocked countries like Ethiopia and South Sudan. Landlocked countries are highly dependent on their path towards an ocean for access to the global Internet. That makes Djibouti a perfect location to provide Cloudflare services for specific areas of Eastern or Central Africa.

Right next to the landing station in Djibouti is the Djibouti Internet Exchange (DjIX) which is located inside the Djibouti Data Center (DDC). They are separate buildings; however, highly interconnected. Cloudflare is a member of the DjIX and because of that internet exchange we expect to increase our connectivity up and down the East Coast of Africa.

Back around the start of the 20th century, the French built a one-meter gauge railway between the Ethiopian capital of Addis Ababa and the deep-water port in Djibouti. This old railway was recently disbanded and finally last year it was replaced by the modern electrified Addis Ababa-Djibouti Railway. This standard gauge international railway connects Addis Ababa and the Port of Doraleh in Djibouti. It’s used for freight, passengers and communications. The two railways are somewhat parallel and are the perfect path for fiber-optic cables linking Addis Ababa and Djibouti and hence connecting Ethiopia to the rest of the world. It’s very common for railways to be associated with fiber-optic cables. Ethiopia's single telecom company (Ethio telecom) is connected via Djibouti’s single telecom company (Djibouti Telecom).

Undersea cables are the lifeblood of the global Internet

A long time ago the oceans were perceived as a barrier to efficient communications. Whilst they still represent significant distances and hence latency (the speed of light hasn’t changed as far as we can tell); they are not the economic barrier they once were. In fact, in some cases they can be very cost-effective at moving bits globally. Undersea cables have been pushing the barriers for Dense Wave Division Multiplexing (DWDM) and optical encoding for quite some time. A single fiber-optic cable can now encode data in the multi-Terabit range (16 or 32 Tbps is not complex to implement anymore). This eclipses anything that satellites can provide!

When an undersea cable surfaces (actually they are always buried, as they traverse the beaches on the ocean edges, before reaching the landing stations where the optical signal is converted into an electrical signal, as it ultimately reaches an Internet core router or Internet Exchange Point (IXP).

If you ever have the privilege of visiting a cable landing station, you’re in for a wonderful treat. Both the optical hardware and the power subsystems are normally some of the most interesting equipment in the Internet interconnection industry. Here’s Andrew Blum giving a TED talk about undersea cables from his book Tubes; a great introduction to undersea cables.

Earth (where Cloudflare is presently located) is tilted when compared to the Sun. This is why the sun rises and sets differently during the year. Two lines can be drawn around the globe because of this tilt. The Tropic of Cancer is in the Northern Hemisphere and it's counterpart, the Tropic of Capricorn in the Southern Hemisphere.

Both Curaçao and Djibouti are located between the Equator and the Tropic of Cancer; however, they aren't the only ones. Out of 109 datacenters so far, 20 are within these two lines. Here’s the list:

Cloudflare has previously deployed into locations like Fujairah, UAE (just less than 100 miles from Dubai), Mombasa Kenya, and Marseille France, which are strongly associated with undersea cables. They all have multiple landing stations that are well-connected to data centers where Cloudflare (and Internet Exchange Points) are present. Even cities like Hong Kong, Singapore, Los Angeles, New York and Miami are associated with undersea landing cables. You can explore plenty of undersea cables using the Submarine Cable Map from TeleGeography.

The B, C, Ds of new Cloudflare locations

According to Wikipedia, Binary-coded decimal (BCD) is a method of encodings decimal numbers where each decimal digit is represented by a fixed number of bits, usually four or eight.

This is used heavily by classic LED and LCD displays on alarm clocks, microwaves and other wonderful legacy electronics. In the days of TTL circuits, every self-respecting circuit designer would know how to build a BCD-based circuit. Here’s an example of BCD in action with a TTL circuit feeding a seven-segment LCD. 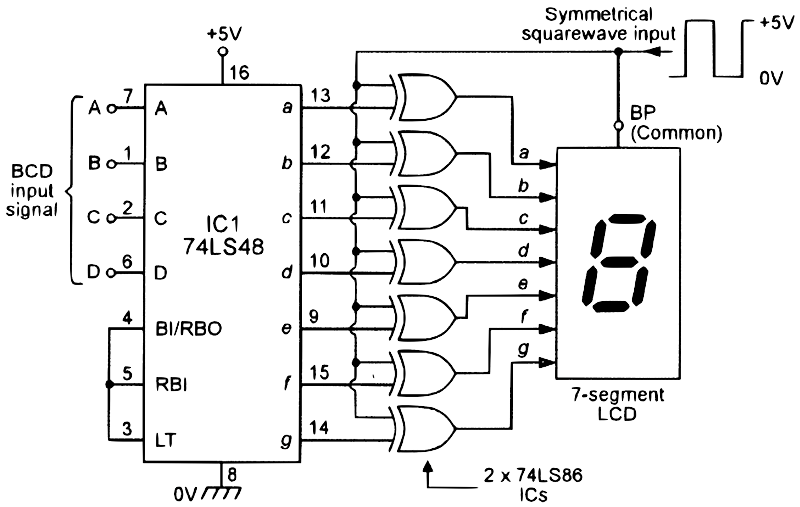 Image courtesy of and with permission of Nuts & Volts Magazine

Unrelated to anything binary, Cloudflare seems to like the letters B, C & D recently. In fact datacenter number 107 was Belgrade, number 108 is Curaçao and number 109 Djibouti. It seems we like the letters BCD so much that we have four more BCD data center cities presently being deployed. There’s one B, two Cs and one D within the upcoming weeks and months. Want to guess the cities? Here's a clue. Two north of the Equator, one close to the Equator and one quite south of the Equator. The Cloudflare deployment continues all over the globe!

If you’re interest in bringing the fast Internet infrastructure of Cloudflare into diverse locations like these, then check out the jobs we have listed online.