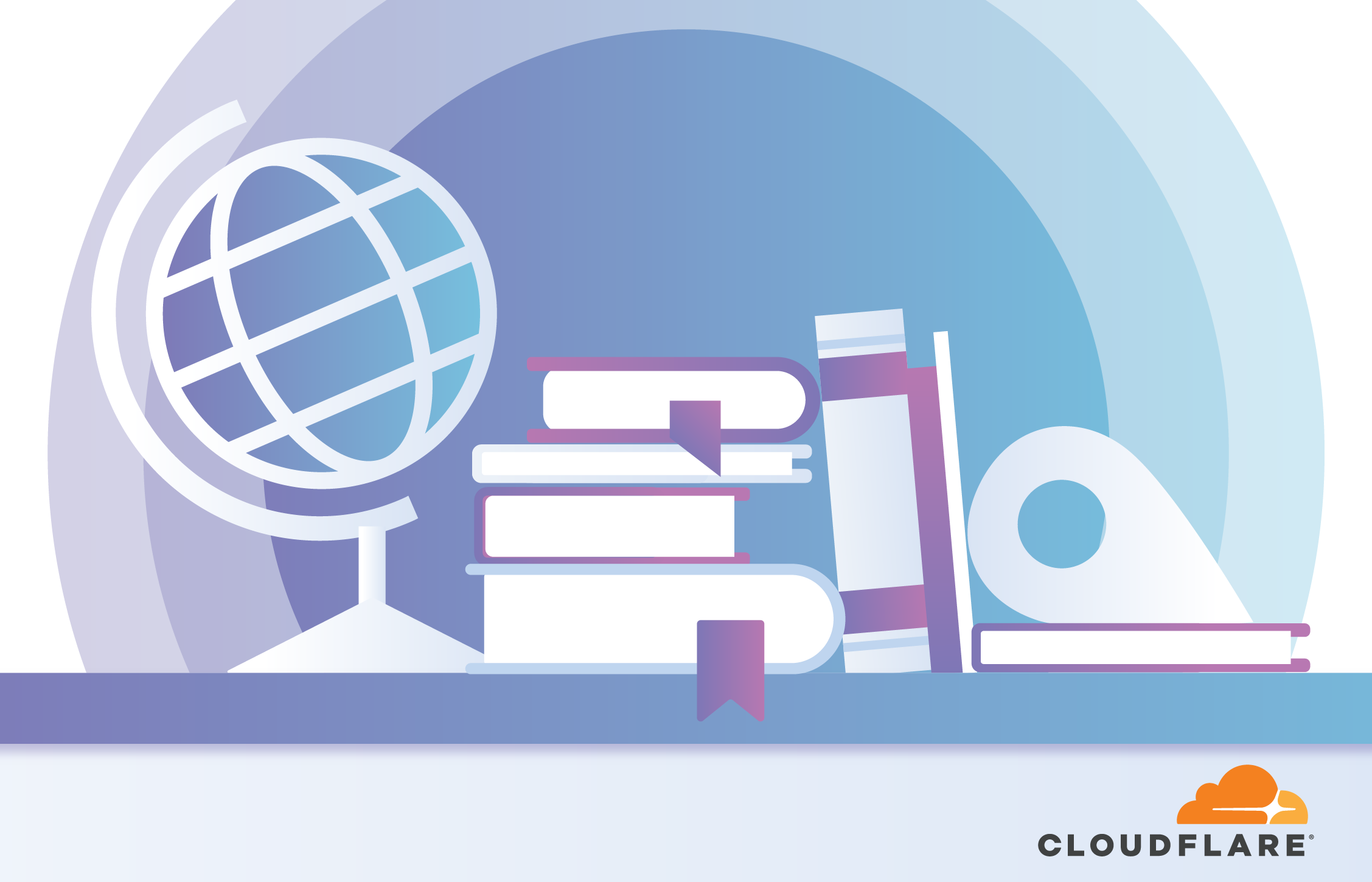 Since we first started reporting in 2013, our transparency report has focused on requests from U.S. law enforcement. Previous versions of the report noted that, as a U.S. company, we ask non-U.S. law enforcement agencies to obtain formal U.S. legal process before providing customer data.

As more countries pass laws that seek to extend beyond their national borders and as we expand into new markets, the question of how to handle requests from non-U.S. law enforcement has become more complicated. It seems timely to talk about our engagement with non-U.S. law enforcement and how our practice is changing. But first, some background on the changes that we’ve seen over the last year.

The explosion of cloud services -- and the fact that data may be stored outside the countries of residence of those who generated it -- has been a challenge for governments conducting law enforcement investigations. A number of U.S. laws, like the Stored Communications Act or the Electronic Communications Privacy Act restrict companies from providing particular types of data, such as the content of communications, to any person or entity, including foreign law enforcement agencies, without U.S. legal process. To get access to electronic data stored outside their home borders, law enforcement agencies around the world have long used Mutual Legal Assistance Treaties (MLATs) that allow one country to ask for another country’s help to get access to evidence. Unfortunately, the MLAT process can be slow and cumbersome.

Countries frustrated by the inability of law enforcement to quickly gather evidence held outside their borders have taken matters into their own hands. Some have proposed laws mandating that important data about their citizens remain in country, where it can be easily accessed when requested. Others have proposed laws that would allow law enforcement to get access to data wherever it is stored, which puts companies in the position of potentially violating one country’s laws in order to comply with another’s.

In short, a new paradigm that allows law enforcement to access appropriate digital evidence across borders, with sufficient procedural safeguards to protect our users’ privacy and ensure due process, is long overdue.

In March 2018, the U.S. Congress passed the Clarifying Lawful Overseas Use of Data (CLOUD) Act as part of a large bill funding the government. The idea behind the law is that governments that protect their citizens’ due process rights and civil liberties should be able to get access to electronic content related to their citizens when conducting law enforcement investigations, wherever that data is stored.

The CLOUD Act anticipates that the U.S. government will enter into agreements with other countries’ governments to give each of the participating governments access to data stored in other participating countries for the purpose of investigating and prosecuting certain crimes. Under the law, the U.S. government will have to determine that a country has “robust substantive and procedural protections for privacy and civil liberties” before entering into an agreement with that country. After a country enters a formal agreement with the United States, U.S. companies would no longer be restricted by U.S. law from providing that country’s law enforcement with access to content data in response to a valid law enforcement request.

From a practical standpoint, the CLOUD Act envisions that U.S. companies like Cloudflare will be providing information directly to governments that have entered into agreements with the U.S. government. The idea is to change the relevant question away from “where is the data stored?” to “is the person being investigated a citizen or resident of the country asking for the information?”, recognizing every government’s right to investigate crimes that occur within its borders or affect its citizens.

Governments outside the United States have also moved forward with proposals that would provide law enforcement agencies authority to obtain information related to their citizens across borders. The United Kingdom, for example, has been working to update their laws and negotiate a bilateral agreement with the United States for access to data maintained by U.S. companies, consistent with the framework established in the CLOUD Act.

The European Union has also been active in moving forward with a framework on obtaining electronic evidence across borders. Much like the U.S. CLOUD Act, the European Commission’s eEvidence Regulation would allow EU Member States to seek digital evidence outside of their national borders provided that fundamental rights are protected. The European Commission also envisions entering into negotiations with U.S. authorities on data sharing arrangements under the mandate of EU Member States.

So where does all of this leave us?

As a U.S. company that stores customer records inside the United States, Cloudflare has long held the view that non-U.S. governments should have to follow U.S. due process requirements in order to obtain any records about our customers. When non-U.S. governments have come to us requesting records, we have explained the nature of our service and, to the extent they were interested in obtaining data, encouraged them to submit a request to the U.S. Department of Justice through the MLAT process.

But it’s important to note that these processes serve an important function and are not just intended to delay the efforts of foreign law enforcement. They have helped us address some of the more challenging requests that we have seen. Let’s say, for example, law enforcement from an otherwise-respected nation sent us a court order demanding information about websites run by a vocal group of dissenters or even the organizers of a separatist referendum and also asked us to redirect that website to a location of their choosing. In that case, we would direct that foreign agency to submit an MLAT request. In situations like this, we might not receive subsequent legal process from the U.S. government, either because the government declined to ask the Department of Justice for an MLAT related to activity that could be viewed as political or because the Department of Justice declined to process it.

With the changing legal and policy landscape, as well as our increased presence in non-U.S. locations, we think it’s time to take a step towards the new framework that is taking shape.

What type of information could we provide to non-US law enforcement?

The overwhelming majority of information that U.S. law enforcement seeks from Cloudflare through legal process is what we consider to be basic subscriber data -- the type of information that customers give us when they sign up for service. That includes things like name, email address, physical address, phone number, the means and source of payment, and non-content information about a customer’s account, such as data about login times and IP addresses used to login to the account.

Although we consider this account information to be private customer data, worthy of protection, we share the commonly held view that it is less sensitive than information considered to be content, such as email communications or documents created by users. In fact, U.S. law allows law enforcement to compel us to provide basic subscriber data with a subpoena, a type of legal process that does not require prior judicial review.

Recent policy discussions have convinced us that there may be situations where it is appropriate to provide this type of basic subscriber information to non-U.S law enforcement in response to non-U.S. legal process similar to a subpoena, a view in line with that of many other tech companies. We may therefore respond to requests for subscriber information if a government is seeking information about a crime in its country or about its citizens, we have employees in the country, and appropriate due process requirements and international standards have been met. We will also consider whether the country has signed a CLOUD Act agreement with the United States.

The CLOUD Act and other existing U.S. laws govern the provision of more sensitive, content data to non-U.S. law enforcement. U.S. companies are legally prohibited from providing content data to a non-U.S. government absent a U.S. CLOUD Act agreement with that country. Given the nature of our service, however, we rarely have records that constitute content that we could provide to law enforcement regardless of jurisdiction.

Regardless of what government is asking, there are certain standards we believe must be followed before we turn over customer data. Our goal is to maintain a healthy and open relationship with law enforcement officials so that they understand and respect our positions on each of these standards. The principles which remain important to us are as follows:

Consistent with the last standard, we also intend to update our transparency report to reflect any requests that we receive from non-U.S. law enforcement authorities, whether for user information or anything else.