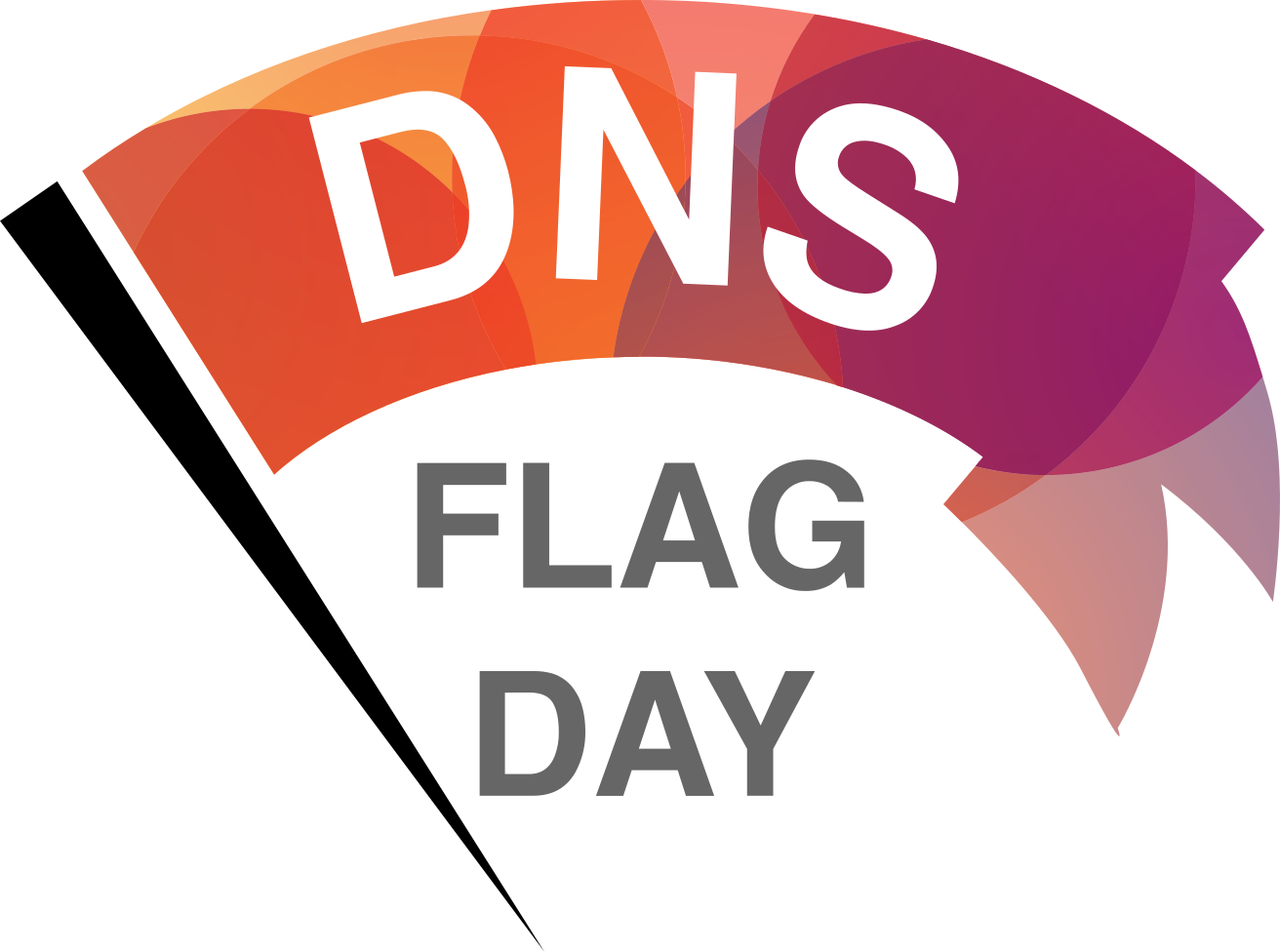 October 1 was this year’s DNS Flag Day. Read on to find out all about DNS Flag Day and how it affects Cloudflare’s DNS services (hint: it doesn’t, we already did the work to be compliant).

What is DNS Flag Day?

DNS Flag Day is an initiative by several DNS vendors and operators to increase the compliance of implementations with DNS standards. The goal is to make DNS more secure, reliable and robust. Rather than a push for new features, DNS flag day is meant to ensure that workarounds for non-compliance can be reduced and a common set of functionalities can be established and relied upon.

Last year’s flag day was February 1, and it set forth that servers and clients must be able to properly handle the Extensions to DNS (EDNS0) protocol (first RFC about EDNS0 are from 1999 - RFC 2671). This way, by assuming clients have a working implementation of EDNS0, servers can resort to always sending messages as EDNS0. This is needed to support DNSSEC, the DNS security extensions. We were, of course, more than thrilled to support the effort, as we’re keen to push DNSSEC adoption forward .

The goal for this year’s flag day is to increase DNS messaging reliability by focusing on problems around IP fragmentation of DNS packets. The intention is to reduce DNS message fragmentation which continues to be a problem. We can do that by ensuring cleartext DNS messages sent over UDP are not too large, as large messages risk being fragmented during the transport. Additionally, when sending or receiving large DNS messages, we have the ability to do so over TCP.

Problem with DNS transport over UDP

A potential issue with sending DNS messages over UDP is that the sender has no indication of the recipient actually receiving the message. When using TCP, each packet being sent is acknowledged (ACKed) by the recipient, and the sender will attempt to resend any packets not being ACKed. UDP, although it may be faster than TCP, does not have the same mechanism of messaging reliability. Anyone still wishing to use UDP as their transport protocol of choice will have to implement this reliability mechanism in higher layers of the network stack. For instance, this is what is being done in QUIC, the new Internet transport protocol used by HTTP/3 that is built on top of UDP.

Even the earliest DNS standards (RFC 1035) specified the use of sending DNS messages over TCP as well as over UDP. Unfortunately, the choice of supporting TCP or not was up to the implementer/operator, and then firewalls were sometimes set to block DNS over TCP. More recent updates to RFC 1035, on the other hand, require that the DNS server is available to query using DNS over TCP.

Sending data over networks and the Internet is restricted to the limitation of how large each packet can be. Data is chopped up into a stream of packets, and sized to adhere to the Maximum Transmission Unit (MTU) of the network. MTU is typically 1500 bytes for IPv4 and, in the case of IPv6, the minimum is 1280 bytes. Subtracting both the IP header size (IPv4 20 bytes/IPv6 40 bytes) and the UDP protocol header size (8 bytes) from the MTU, we end up with a maximum DNS message size of 1472 bytes for IPv4 and 1232 bytes in order for a message to fit within a single packet. If the message is any larger than that, it will have to be fragmented into more packets.

Sending large messages causes them to get fragmented into more than one pack. This is not a problem with TCP transports since each packet is ACK:ed to ensure proper delivery. However, the same does not hold true when sending large DNS messages over UDP. For many intents and purposes, UDP has been treated as a second-class citizen to TCP as far as network routing is concerned. It is quite common to see UDP packet fragments being dropped by routers and firewalls, potentially causing parts of a message to be lost. To avoid fragmentation over UDP it is better to truncate the DNS message and set the Truncation Flag in the DNS response. This tells the recipient that more data is available if the query is retried over TCP.

DNS Flag Day 2020 wants to ensure that DNS message fragmentation does not happen. When larger DNS messages need to be sent, we need to ensure it can be done reliably over TCP.

DNS servers need to support DNS message transport over TCP in order to be compliant with this year's flag day. Also, DNS messages sent over UDP must never exceed the limit over which they risk being fragmented.

We fully support the DNS Flag Day initiative, as it aims to make DNS more reliable and robust, and it ensures a common set of features for the DNS community to evolve on. In the DNS ecosystem, we are as much a client as we are a provider. When we perform DNS lookups on behalf of our customers and users, we rely on other providers to follow standards and be compliant. When they are not, and we can’t work around the issues, it leads to problems resolving names and reaching resources.

Both our public resolver 1.1.1.1 as well as our authoritative DNS service, set and enforce reasonable limits on DNS message sizes when sent over UDP. Of course, both services are available over TCP. If you’re already using Cloudflare, there is nothing you need to do but to keep using our DNS services! We will continually work on improving DNS.

Oh, and you can test your domain on the DNS Flag Day site: https://dnsflagday.net/2020/