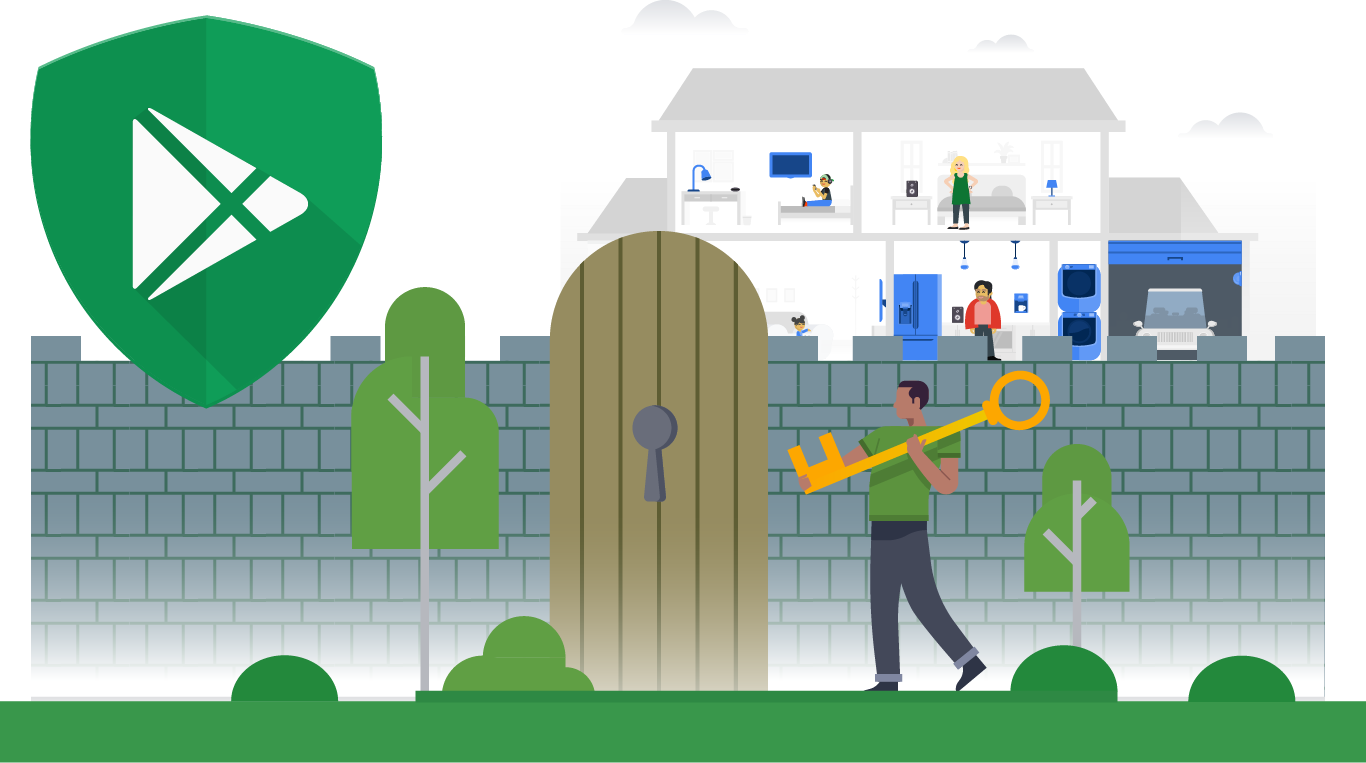 Through 2019, Google Play Protect continued to improve the security for 2.5 billion Android devices. Built into Android, Play Protect scans over 100 billion apps every day for malware and other harmful apps. This past year, Play Protect prevented over 1.9 billion malware installs from unknown sources. Throughout 2019 there were many improvements made to Play Protect to bring the best of Google to Android devices to keep users safe. Some of the new features launched in 2019 include:
Advanced similarity detection
Play Protect now warns you about variations of known malware right on the device. On-device protections warn users about Potentially Harmful Apps (PHAs) at install time for a faster response. Since October 2019, Play Protect issued 380,000 warnings for install attempts using this system.
Warnings for apps targeting lower Android versions
Malware developers intentionally target devices running long outdated versions of Android to abuse exploits that have recently been patched. In 2018, Google Play started requiring new apps and app updates be built for new versions of the Android OS. This strategy ensures that users downloading apps from Google Play recieve apps that take advantage of the latest privacy and security improvements in the OS.
In 2019, we improved on this strategy with warnings to the user. Play Protect now notifies users when they install an app that is designed for outdated versions. The user can then make an informed decision to proceed with the installation or stop the app from being installed so they can look for an alternative that target the most current version of Android. 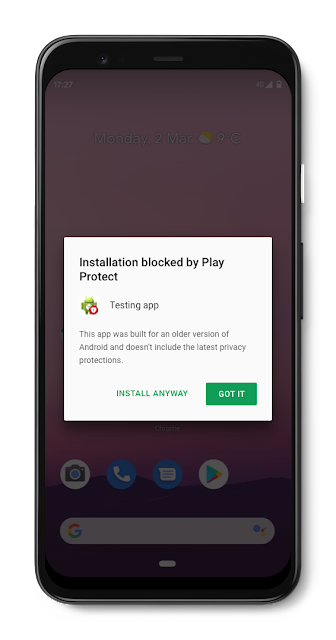 Uploading rare apps for scanning
The Android app ecosystem is growing at an exponential rate. Millions of new app versions are created and shared outside of Google Play daily posing a unique scaling challenge. Knowledge of new and rare apps is essential to provide the best protection possible.
We added a new feature that lets users help the fight against malware by sending apps Play Protect hasn't seen before for scanning during installation. The upload to Google’s scanning services preserves the privacy of the user and enables Play Protect to improve the protection for all users. 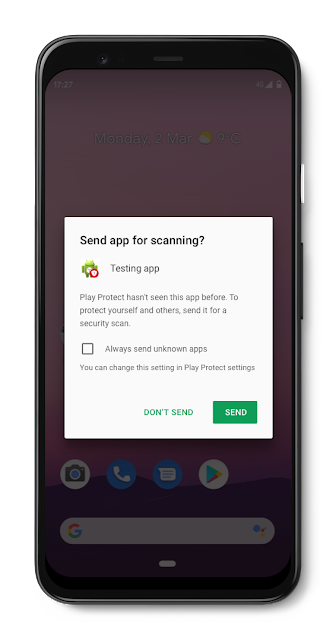 Integration with Google’s Files app
Google’s Files app is used by hundreds of millions of people every month to manage the storage on their device, share files safely, and clean up clutter and duplicate files. This year, we integrated Google Play Protect notifications within the app so that users are prompted to scan and remove any harmful applications that may be installed. 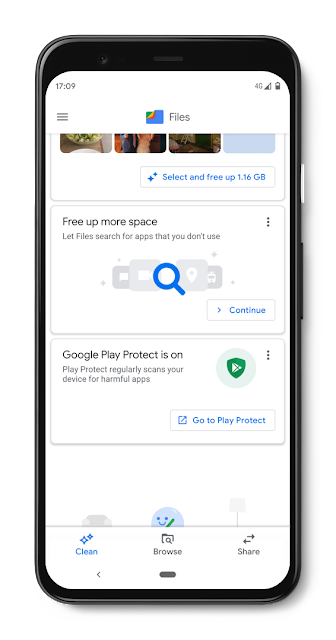 Play Protect visual updates
The Google Play Store has over 2 billion monthly active users coming to safely find the right app, game, and other digital content. This year the team was excited to roll out a complete visual redesign. With this change, Play Protect made several user-facing updates to deliver a cleaner, more prominent experience including a reminder to enable app-scanning in My apps & games to improve security. 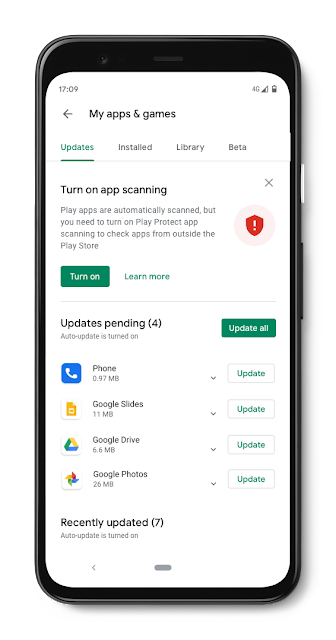