Skip to content
Wow, it's been a awhile since i haven't written anything new here...
So to answer many questions.. no i'm not dead, and will try to get active again a bit next year.

I'm not writing this due to explanation requests or people worried (even if i got solicited many time to write something) but more because i'm motivated again to write.
As i've said many times to the recurrent e-mails i receive and continue to receive (even after 7 months of inactivity!)
I've did a lot of changement in my life, and during this time i got better things to do than writing in a blog.
Principaly i had many personal issues to resolve.
It's also not the first time i repeat that i've a life and that i've always run this blog for fun and nonprofit like my other services such as cybercrime-tracker.net
And sooner or later i will get bored and do a break although i've continued to update CCT, to don't leave people with nothing. 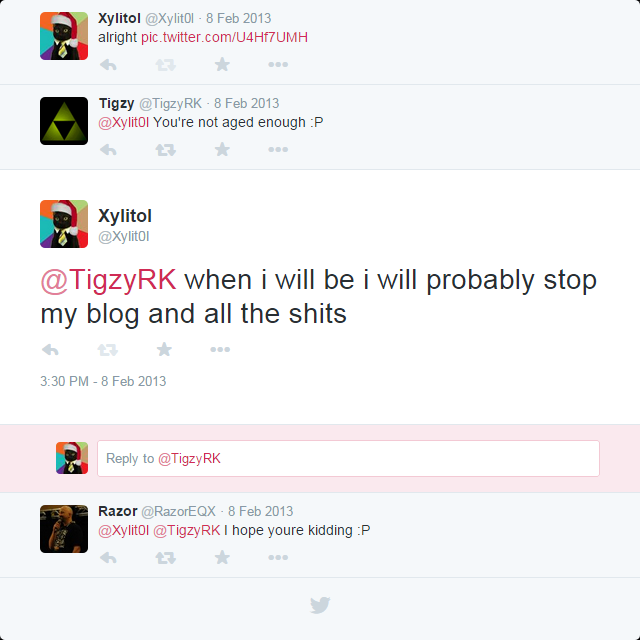 I changed of job also and shifted in the energy sector.
I wanted to get a job who combine my passion for mechanic and electronic.
And now i'm winding turbo-alternators for nuclear/hydraulic power plants around the world and governmental organisations. (pretty cool, huh?)
I can't tell you details obviously due to confidentiality clauses as it's critical, but making those huge machines/projects are quite awesome and the job is very meticulous.

I've joined also the administration of my local hackerspace, and now holds the position of treasurer.
I'm doing also various workshops mostly electronic/borderline related who take me time to prepare and organize.
In parallel i experiment myself also a lot, those who follow my youtube/twitter activity probably know what i mean, i received 2 day ago hydrofluoric acid.

2014 started a bit bad for me as i had a car crash the day of christmas and got the clavicle broken. Anyway globally it was a nice year, and off my blog i've met a lot of people like Horgh and many others.
Sadly i wasn't able to go to BotConf neither DahuCon this year due to my job... so maybe next year !

I've worked a bit also with Hackerstrip and released recently some codes for DarK-CodeZ #6, nothing fancy but it was fun to participate, thanks guys.
So that all, see you in 2015 for throwing cobblestones and breaking bones !