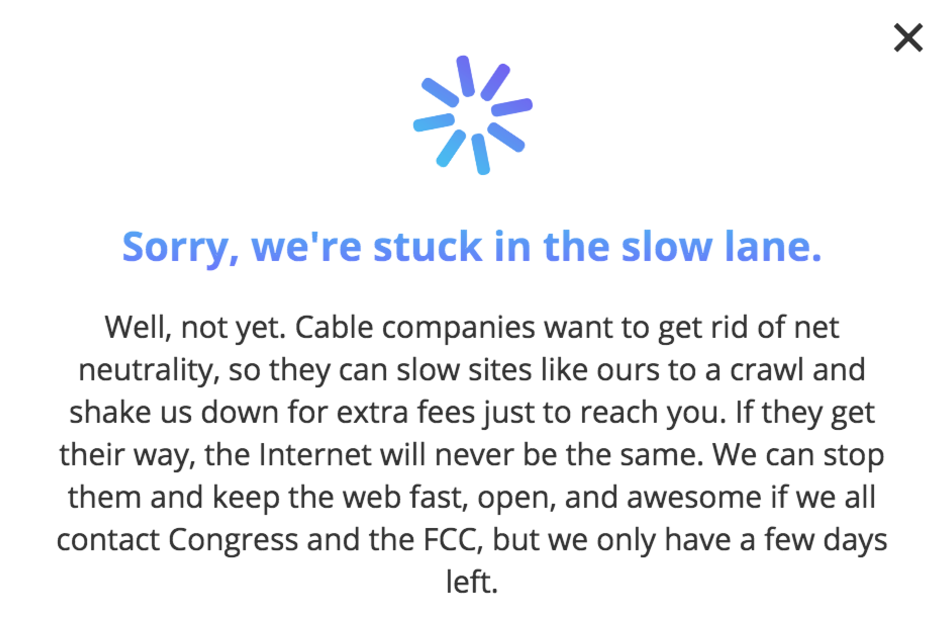 We at Cloudflare strongly believe in network neutrality, the principle that networks should not discriminate against content that passes through them.  We’ve previously posted on our views on net neutrality and the role of the FCC here and here.

In May, the FCC took a first step toward revoking bright-line rules it put in place in 2015 to require ISPs to treat all web content equally. The FCC is seeking public comment on its proposal to eliminate the legal underpinning of the 2015 rules, revoking the FCC's authority to implement and enforce net neutrality protections. Public comments are also requested on whether any rules are needed to prevent ISPs from blocking or throttling web traffic, or creating “fast lanes” for some internet traffic.

To raise awareness about the FCC's efforts, July 12th will be “Internet-Wide Day of Action to save Net Neutrality.” Led by the group Battle for the Net, participating websites will show the world what the web would look like without net neutrality by displaying an alert on their homepage. Website users will be encouraged to contact Congress and the FCC in support of net neutrality.

We wanted to make sure our users had an opportunity to participate in this protest. If you install the Battle For The Net App, your visitors will see one of four alert modals — like the “spinning wheel of death” — and have an opportunity to submit a comment to the FCC or a letter to Congress in support of net neutrality. You can preview the app live on your site, even if you don’t use Cloudflare yet. 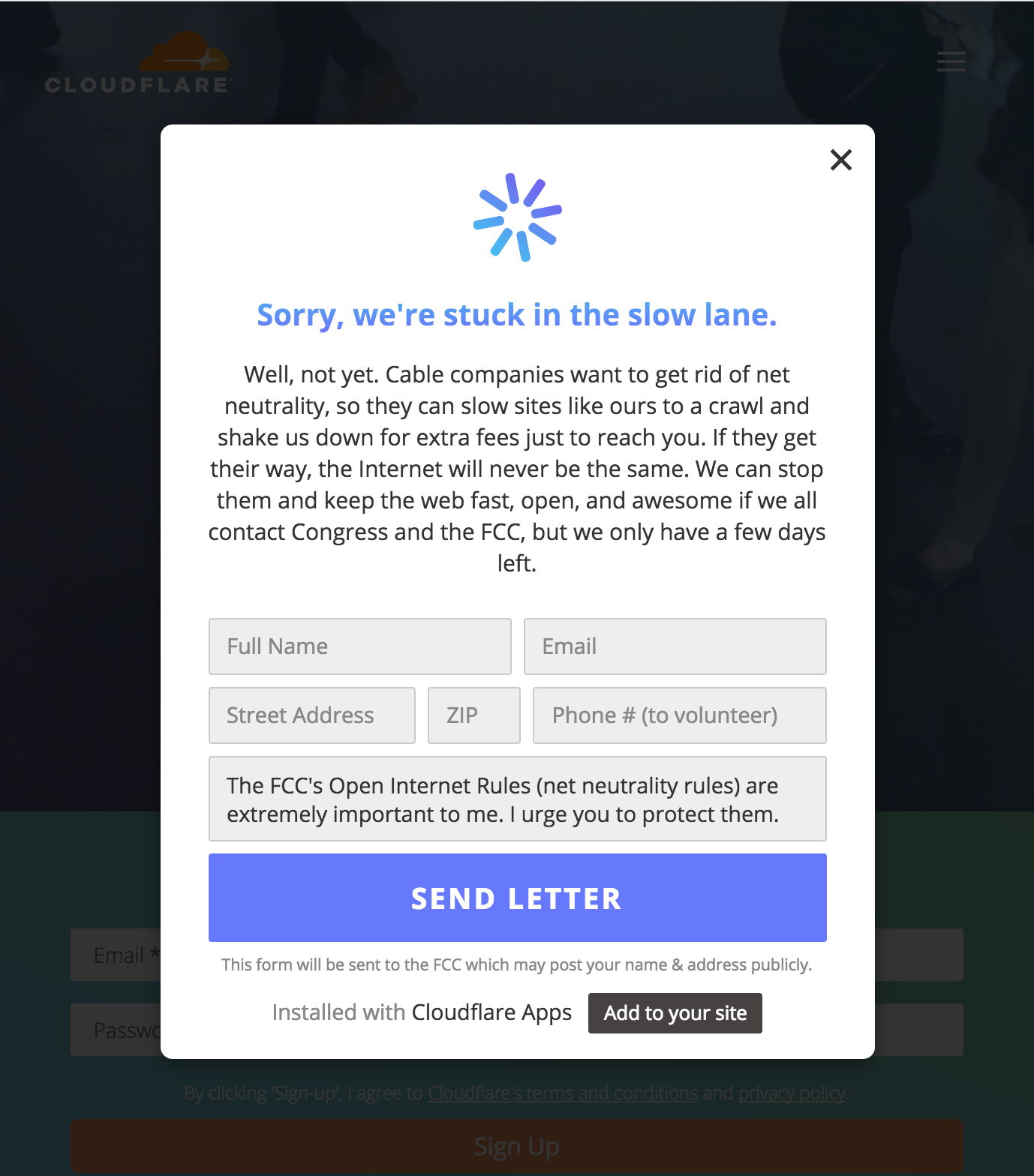 To participate, install the Battle For The Net App. The app will appear for your site's visitors on July 12th, the Day of Action for Net Neutrality.