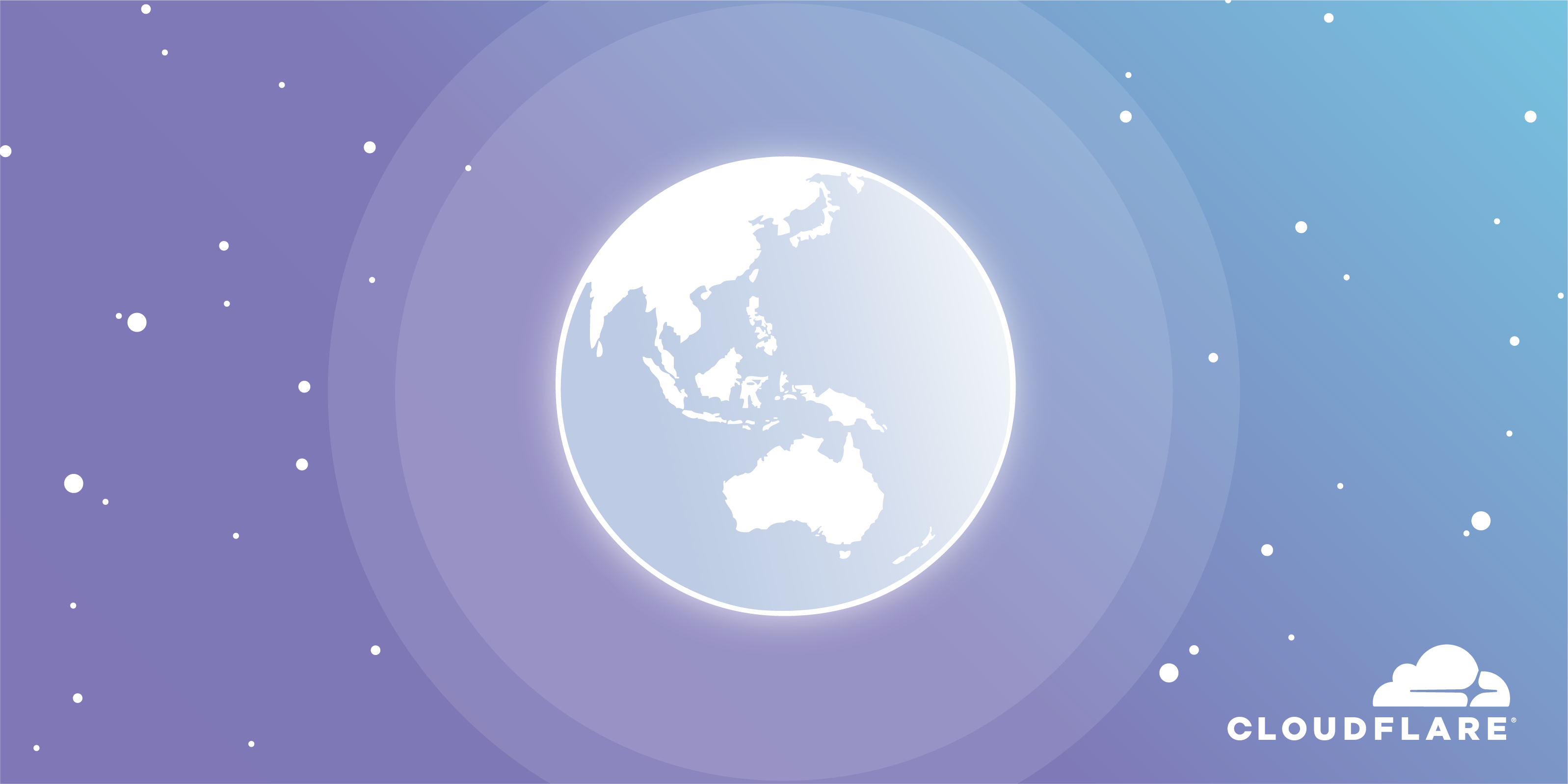 Power is the precursor to all modern technology. James Watt’s steam engine energized the factory, Edison and Tesla’s inventions powered street lamps, and now both fossil fuels and renewable resources power the trillions of transistors in computers and phones. In the words of anthropologist Leslie White: “Other things being equal, the degree of cultural development varies directly as the amount of energy per capita per year harnessed and put to work.”

Unfortunately, most of the traditional ways to generate power are simply not sustainable. Burning coal or natural gas releases carbon dioxide which directly leads to global warming, and threatens the habitats of global ecosystems, and by extension humans. If we can’t minimize the impact, our world will be dangerously destabilized -- mass extinctions will grow more likely, and mass famines, draughts, migration, and conflict will only be possible to triage rather than avoid.

Is the Internet the primary source of this grave threat? No: all data centers globally accounted for 2-3% of total global power use in recent years, and power consumption isn’t the only contributor to human carbon emissions. Transportation (mostly oil use in cars, trucks, ships, trains, and airplanes) and industrial processing (steel, chemicals, heavy manufacturing, etc.) also account for similar volumes of carbon emissions. Within power use though, some internet industry analysts estimate that total data center energy (in kilowatt-hours, not percentage of global power consumption) may double every four years for the foreseeable future -- making internet energy use more than just rearranging deck chairs...

How does internet infrastructure like Cloudflare’s contribute to power consumption? Computing power resources are split into end users (like your phone or computer displaying this page) and network infrastructure. That infrastructure likewise splits into “network services” like content delivery and “compute services” like database queries. Cloudflare offers both types of services, and has a sustainability impact in both -- this post describes how we think about it.

The Cloudflare Network has one huge advantage when power is considered. We run a homogeneous network of nearly identical machines around the world, all running the same code on similar hardware. The same servers respond to CDN requests, block massive DDoS attacks, execute customer code in the form of Workers, and even serve DNS requests to 1.1.1.1. When it is necessary to bring more capacity to a problem we are able to do it by adjusting our traffic’s routing through the Internet, not by requiring wasteful levels of capacity overhead in 175 locations around the world. Those factors combine to dramatically reduce the amount of waste, as they mean we don’t have large amounts of hardware sitting idle consuming energy without doing meaningful work. According to one study servers within one public cloud average 4.15% to 16.6% CPU utilization, while Cloudflare’s edge operates significantly higher than that top-end.

One of the functions Cloudflare performs for our customers is caching, where we remember previous responses our customers have given to requests. This allows the edge location closest to the visitor to respond to requests instantly, saving the request a trip through the Internet to the customer’s origin server. This immediately saves energy, as sending data through the Internet requires switches and routers to make decisions which consumes power.

Serving a response from cache is as close to the lowest power requirement you can imagine to serve a web request; we are reading data from memory or disk and immediately returning it. In contrast, when a customer’s origin has to serve a request, there are two additional costs Cloudflare avoids: first, even getting the request to arrive at the origin often requires many hops over the Internet, each requiring CPU cycles and the energy they consume. Second, the request often requires large amounts of code to be executed and even database queries to be run. The savings are so great that we often have customers enable our caching to keep their servers running even when their request volume would overwhelm their capacity; if our caching were disabled they would almost immediately fail. This means we are not only saving CPU cycles on our customer’s origin, we are preventing them from having to buy and run multiple-X more servers with the proportionally greater energy use & environmental impact that entails.

Our breadth on the Internet also means the performance optimizations we are able to perform have a disproportionate impact. When we speed up TLS or fix CPU stalls we are shaving off milliseconds of CPU from requests traveling to 13 million different websites. It would be virtually impossible to get all of these performance improvements integrated into every one of those origins, but with Cloudflare they simply see fewer requests and energy is saved.

The energy efficiency of using a wax or tallow candle to create light is on the order of 0.01%. A modern power plant burning gas to power an LED light bulb is nearly 10% efficient, an improvement of 1,000x. One of the most powerful things we can do to lower energy consumption, therefore, is to give people ways of performing the same work with less energy.

Our connection to this concept lives not just in our network, but in the serverless computing platform we offer atop it, Cloudflare Workers. Many of the conventions that govern how modern servers and services operate descend directly from the mainframe era of computing, where a single large machine would run a single job. Unlike other platforms which are based on that legacy, we don’t sell customers servers, virtual machines, or containers; instead we use a technology called isolates. Isolates represent a lightweight way to run a piece of code which provides much of the same security guarantees with less overhead, allowing many thousands of different customer’s code to be executed on a small number of machines efficiently. A traditional computer system might be just as efficient running a single program, but as our world shifts into serverless computing with thousands of code files running on a single machine, isolates shine.

In a conventional computer system the complex security dance between the operating system and the code being executed by a user can consume as much as 30% of the CPU power used. This has only gotten worse with the recent patches required to prevent speculative execution vulnerabilities. Isolates share a single runtime which can manage the security isolation required to run many thousands of customer scripts, without falling back to the operating system. We are able to simply eliminate much of that 30% overhead, using that capacity to execute useful code instead.

Additionally, by being able to start our isolates using just a few milliseconds of CPU time rather than the hundreds required by conventional processes we are able to dynamically scale rapidly, more efficiently using the hardware we do have. Isolates allow us to spend CPU cycles on only the code customer’s actually wish to execute, not wasteful overhead. These effects are in fact so dramatic that we have begun to rebuild parts of our own internal infrastructure as isolate-powered Cloudflare Workers in part to save energy for ourselves and our customers.

All that means that the energy we ultimately do use for our operations is only a fraction of what it would otherwise take to accomplish the same tasks.

Last year, we took our first major step toward neutralizing the remaining carbon footprint from our operations by purchasing Renewable Energy Certificates (RECs) to match all of our electricity use in North America. This year, we have expanded our scope to include all of our operations around the world.

We currently have 175 data centers in more than 75 countries around the world, as well as 11 offices in San Francisco (our global HQ) London, Singapore, New York, Austin, San Jose, Champaign, Washington, D.C. Beijing, Sydney, and Munich. In order to reduce our carbon footprint, we have purchased RECs to match 100% of the power used in all those data centers and offices around the world as well.

As our colleague Jess Bailey wrote about last year, one REC is created for every Megawatt-hour (MWh) of electricity generated from a renewable power source, like a wind turbine or solar panel. Renewable energy is dispersed into electricity transmission systems similar to how water flows in water distribution systems — each of them is mixed inextricably in its respective “pipes” and it’s not possible to track where any particular electron you use, or drop of water you drink, originally came from. RECs are a way to track the volume (and source) of renewable energy contributed to the grid, and act like a receipt for each MWh contributed.

As we noted last year, this action is an important part of our sustainability plan, joining our efforts to work with data centers that have superior Power Usage Effectiveness (PUE), and adding to the waste diversion and energy efficiency efforts we already employ in all of our offices.

When combined with our dramatic ability to reduce the amount of data which has to flow through the Internet and the number of requests which have to reach our customer’s origins we hope to not just be considered neutral, but to have a large-scale and long-term positive effect on the sustainability of the Internet itself.