We created our Vulnerability Rewards Program in 2010 because researchers should be rewarded for protecting our users. Their discoveries help keep our users, and the internet at large, as safe as possible.

The amounts we award vary, but our message to researchers does not; each one represents a sincere ‘thank you’.

As we have for 2014 and 2015, we’re again sharing a yearly wrap-up of the Vulnerability Rewards Program. 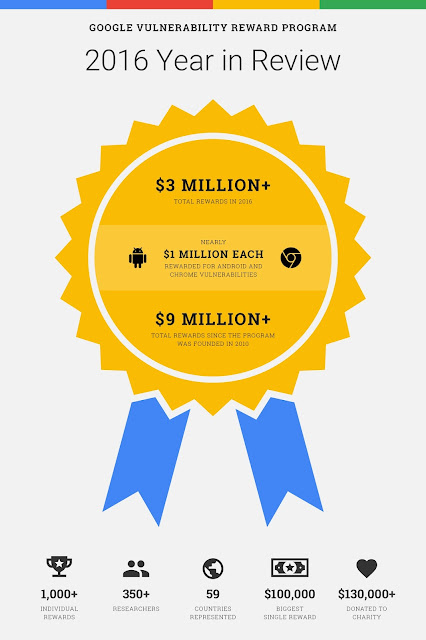 What was new?
In short — a lot. Here’s a quick rundown:
Previously by-invitation only, we opened up Chrome's Fuzzer Program to submissions from the public. The program allows researchers to run fuzzers at large scale, across thousands of cores on Google hardware, and receive reward payments automatically.
On the product side, we saw amazing contributions from Android researchers all over the world, less than a year after Android launched its VRP. We also expanded our overall VRP to include more products, including OnHub and Nest devices.
We increased our presence at events around the world, like pwn2own and Pwnfest. The vulnerabilities responsibly disclosed at these events enabled us to quickly provide fixes to the ecosystem and keep customers safe. At both events, we were able to close down a vulnerability in Chrome within days of being notified of the issue.
Stories that stood out
As always, there was no shortage of inspiring, funny, and quirky anecdotes from the 2016 year in VRP. 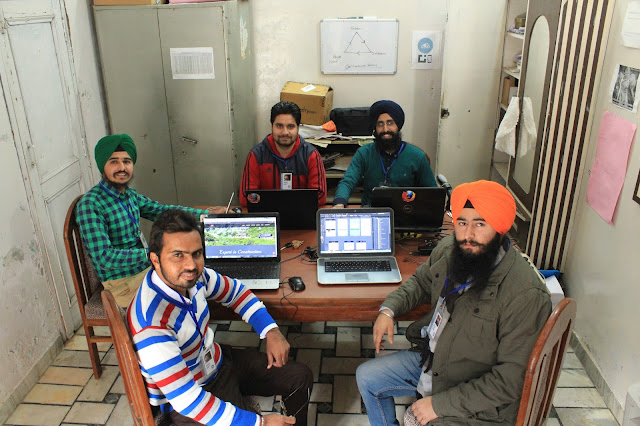 Jasminder (back right) and his team 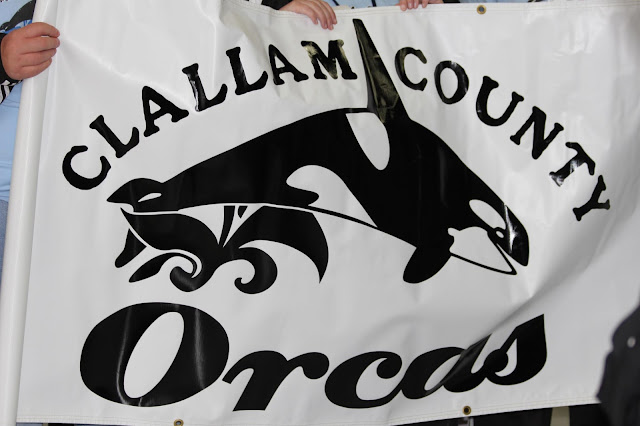 Researchers’ individual contributions, and our relationship with the community, have never been more important. A hearty thank you to everyone that contributed to the VRP in 2016 — we’re excited to work with you (and others!) in 2017 and beyond.
*Josh Armour (VRP Program Manager), Andrew Whalley (Chrome VRP), and Quan To (Android VRP) contributed mightily to help lead these Google-wide efforts.