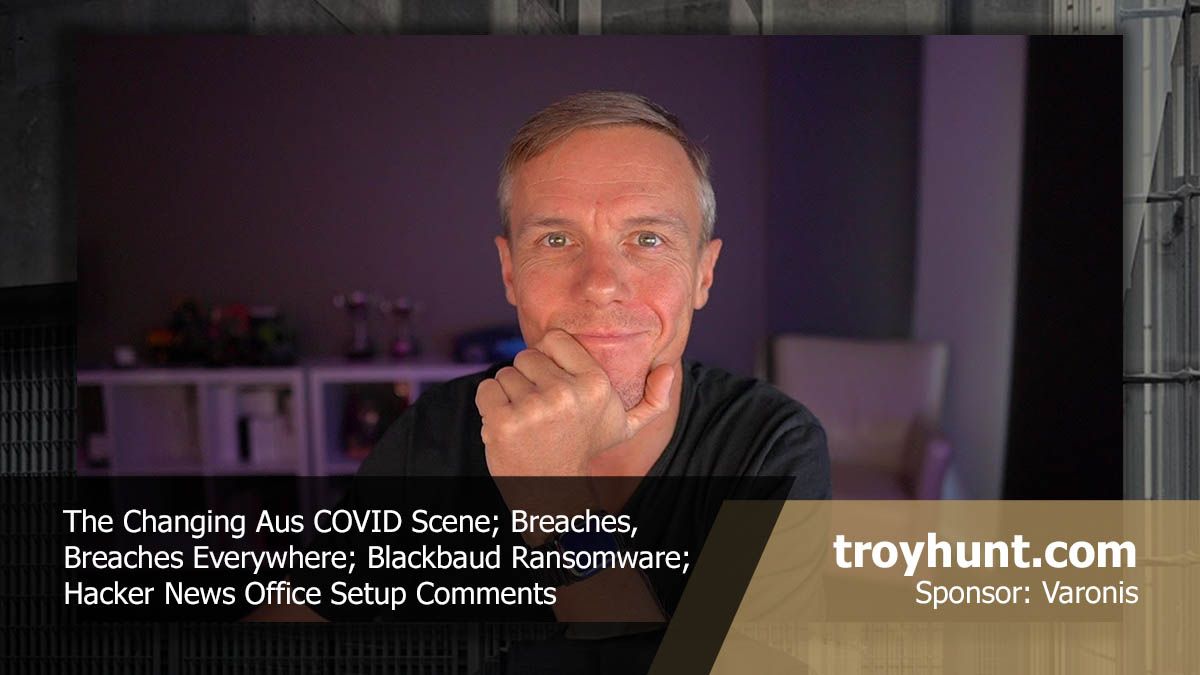 Unfortunately, our run of good luck here down in Aus has taken a bit of a turn COVID wise. Not so much in my home state, but the southern states have been copping it so this week, I pulled the pin on snowboarding. For folks overseas, that might sound like it would have been a risky proposition anyway, but only two and a half weeks ago the entire state of New South Wales had 5 active cases out of 8.1M people. Today it's 209. It's neighbouring southern state of Victoria had 40 cases in the middle of last month. Today they hit 5,385. It was just too risky for something that ultimately, is a luxury so I'm staying put in Queensland where we've had our own uptick, but so far it's only from 2 active cases earlier last week to 11 as of today. So far.

Back on business as usual, I've been processing a ton of breaches lately as the ShinyHunters data in particular has hit the public airwaves. There's a heap more to go yet too and I'm not even half way through so stay tuned to a lot more pwn notifications coming your way (sorry!) I also spend a bunch of time today talking about how and why I specced my version 2.0 office the way I did, especially given the way some of the commentary on Hacker News was worded. I found that kinda amusing, I hope you do too 😊