Presently sponsored by: 1Password is a secure password manager and digital wallet that keeps you safe online 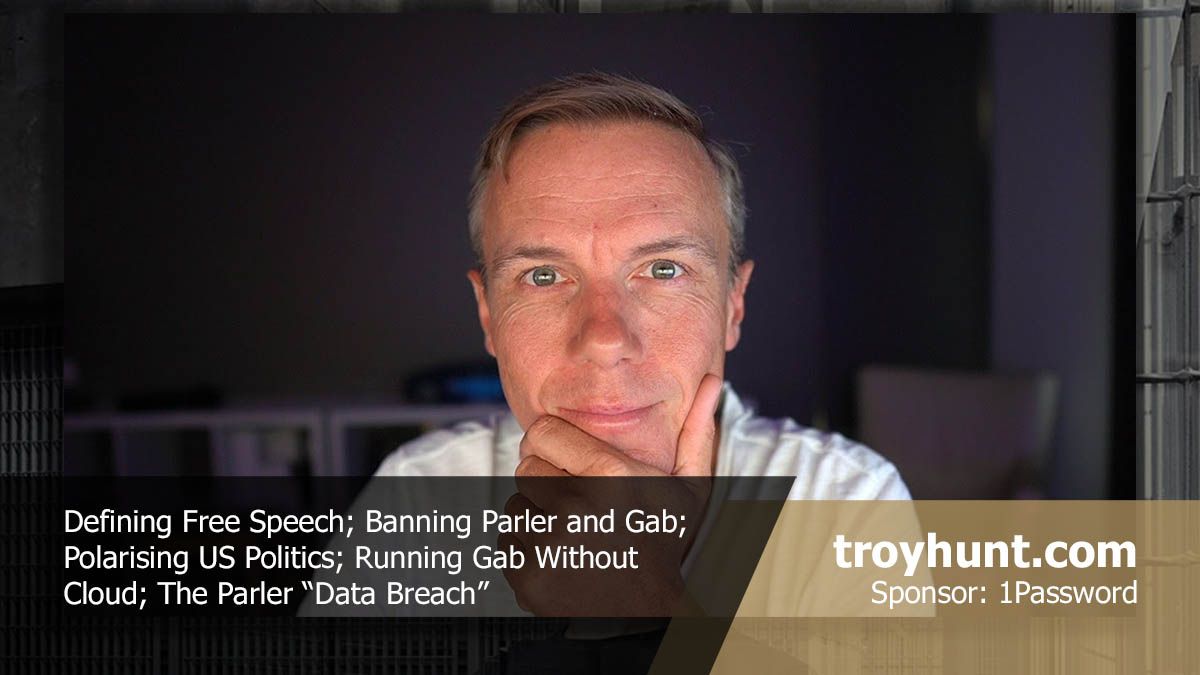 A little bit of a change of pace this week with the video being solely on the events unfolding around removing content, people and even entire platforms from the internet. These are significant events in history, regardless of your political persuasion, and they're likely to have a very long-lasting impact on the way we communicate online. It also raises some fascinating engineering challenges; could Parler have survived by building out their own physical infrastructure? Will Gab survive having done just that? Or is the whole house of cards ultimately dependent on Cloudflare's, a company that may well be the death knell for Gab as have been for other sites in the past? Time will tell on that one.

This was the highest-attended live stream I've done and there's some really interesting comments in the chat so it's well clicking the YouTube icon and popping it out into a new window to read them.