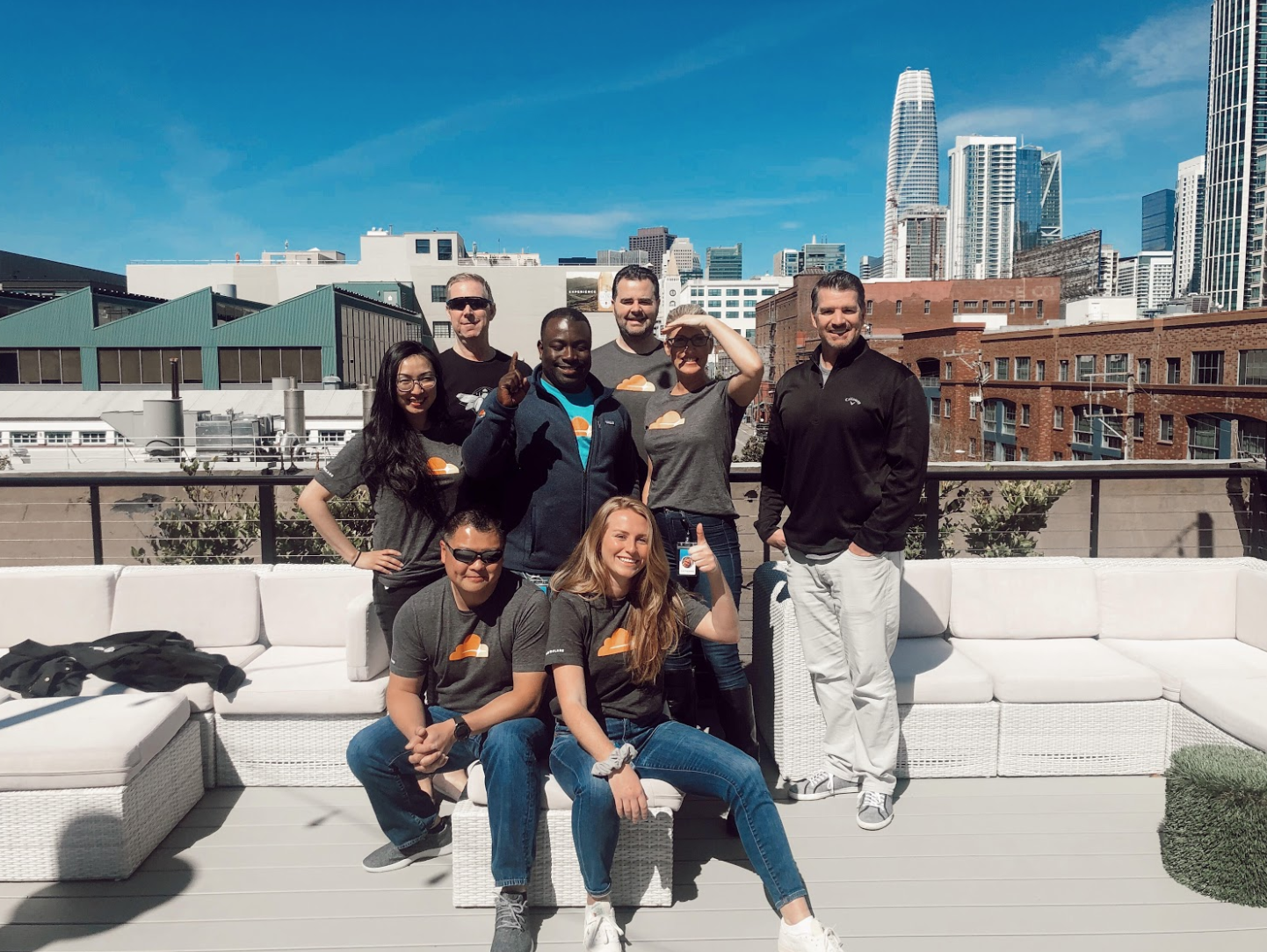 Let’s be honest, interviewing for a new job can be a long, difficult process. Not only is it emotionally draining to handle multiple rejections, slow responses, and prolonged processes, it can be physically exhausting to sit through hours of stale interviews. A former colleague of mine compared interviewing to navigating a jungle; one misstep here, one wrong answer there, and you barely make it out alive. I once had an interviewer set out a 200-piece puzzle for me to complete in order to “evaluate my problem solving skills”. Basically, when it comes to interviews, you never know what you are going to get. As you may be able to tell, my feelings towards finding a new job this past fall were grim, until I interviewed with Cloudflare.

If you truly want to be impressed by Cloudflare, interview with them. Every employee knows the process is deliberate, thoughtful, and diverse in taking the time to get to know a candidate while the candidate gets to know Cloudflare. It is humbling to realize that any employee interviewing has also passed through this challenging process. It all starts with a phone call, as most interviews do, and the process is fairly standard until you reach the onsite, when things begin to deviate from the norm.

I arrived for my onsite interview and was greeted by the front desk team with such enthusiasm as they smiled, laughed amongst each other, and jammed to Hall & Oates. Right away, I felt relieved, comfortable, and even more so, excited. I interviewed with seven employees that day, as I answered different questions about myself, asked them anything from “How would you describe Cloudflare to your grandmother?” to “What is a DDoS attack?”, and left knowing a great deal about the Internet and the company. The interview felt more like an open classroom with encouraging professors and less like a small, sterile examination room. I left the office energetic, a rare feeling after the usual grueling onsite [to which] I had become accustomed. Weeks later after starting my new job at Cloudflare, I realized that the onsite interview perfectly mimics the learning environment and leadership style of Cloudflare co-founders, Matthew Prince and Michelle Zatlyn.

After hearing that I had been moved on to the next stage, I was able to speak with the Head of People, Janet Van Huysse. The thing I remember most from my conversation with Janet is talking about weaknesses. Janet asked me the daunting question, “What’s your biggest weakness?” adding, “but a true weakness, not just something that can be spun into a strength”. I answered truthfully and we moved on. This struck me as very real, a genuine conversation between two people getting to know each other rather than feeling like I was under a microscope. In the past, most interviews involving that question were dragged on as the interviewee is split between being honest and wanting to sound competent and this was not that case. Despite her chaotic schedule, Janet was intentional about trying to get to know me. I still look back at that conversation as the turning point in knowing I was “all-in” for Cloudflare.

The last step in the interview process was a final call. Cloudflare gives candidates the unique opportunity to interview a member of their executive team as a last stage. This stage is essentially a confirmation on both ends that working at Cloudflare is the best fit for the candidate and for the company. I was told that my final call was with Matthew Prince, the CEO and Co-Founder of Cloudflare. I had only once spoken to a CEO of a 90+ sized company and thought that was a huge deal. Now I was going to speak with a CEO of a company nearly nine times as large. So yes, you could say I was nervous.

Looking back, I should not have been nervous at all. My phone call with Matthew felt like a conversation with one of my former college professors, empathetic and enlightening. The first thing he did was apologize for calling me three minutes late. During our conversation, I learned about the origins of Cloudflare, Matthew’s background, and his hopes for the future of the company. He gave me the opportunity to ask him any questions I may have and by the end of our conversation, I felt highly confident that I was a good fit for Cloudflare and vice versa.

Throughout this blog post I have referenced aspects of school life to describe my interview experience. Cloudflare is changing the game when it comes to hiring because they are converting the stale, uncomfortable process into a learning process facilitated by approachable, nonjudgmental teachers. This process is representative of the overall culture - keep asking questions, keep being curious, keep learning new things and above all, be empathetic to those that do so in return. To further prove so, the entire first week of working for Cloudflare is spent in a classroom at orientation. My new peers and I spent five days learning about internet safety, the inner workings of Cloudflare, diversity and inclusion initiatives, and how we all fit together. I previously stated, if you want to truly be impressed by Cloudflare, interview with them – but I’d like to take that a step further: if you want to learn and grow as a person, interview with Cloudflare.